It was possible that someone had seen the announcement of the Coelho Medallion, and all the discoveries coming out of the Pueblo dig site, as a piece to a larger puzzle. If they had the resources, they might have made a connection ... 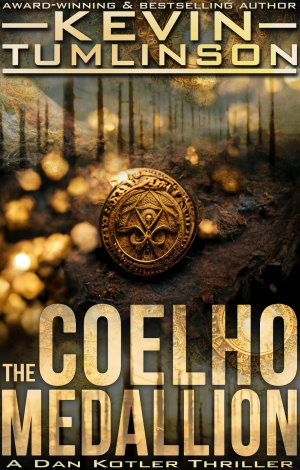 WINNER 2016 SHELF UNBOUND AWARD The adventure begins in the first Dan Kotler archaeological thriller! An ancient medallion is unearthed in Pueblo, Colorado, revealing a secret that will rewrite the history of North America—the Vikings somehow made it to the continent's interior, centuries before Columbus made landfall, and there they built a city of gold. But today the COELHO MEDALLION has been stolen, and a linguist and researcher has been abducted in connection with the crime. Could the abductors be after the fabled city of gold? Or do they have a more sinister plot in mind? DAN KOTLER is an independent researcher who often finds himself in more trouble than he was expecting. But when his colleague is abducted he finds himself being investigated by the FBI, he must use all of his brilliance and expertise to find her and absolve himself. ANWAR ADHAM has plans for a terrorist action on U.S. soil, and information from the Pueblo research site can give him everything he needs to put his plans in motion. Unless Adham is stopped, thousands and possibly millions will die. Whoever wins this contest of wits and wills will hold the fate of thousands in his hands, and will also lay claim to the fabled city of gold. It's an adventure that can redefine the history of America as we know it. Kotler finds himself facing off against both the FBI and Adham's terrorist network as he struggles to solve the mystery of Vikings in Colorado, to rescue Evelyn and stop Adham's plans before it's too late. “Kevin has crashed onto the action-thriller scene as only an action-thriller author can: with provocative plot lines, unforgettable characters, and enough adrenaline to keep you awake all night.” —Nick Thacker, author of 'The Enigma Strain' — HERE'S WHAT READERS ARE SAYING ABOUT KEVIN TUMLINSON'S BOOKS: ★★★★★ “[Kevin Tumlinson] is what every writer should be—entertaining and thought-provoking.” — Shana Tehan, Press Secretary, U.S. House of Representatives ★★★★★ “There was something so fascinating about [Citadel] and the cast of characters [Kevin Tumlinson] put together.” — Leah Petersen, Author of Fighting Gravity ★★★★★ "I discovered Kevin Tumlinson from The Creative Penn podcast and immediately got his novel, Evergreen. I read it in like 3 seconds. It's the most fast paced story I've encountered." —R.D. Holland, Independent Reviewer ★★★★★ "[Sawyer Jackson and the Long Land] was a great read! I love these style of books—magic, science fiction, alternate reality. I couldn't put it down." —S., Independent Reviewer 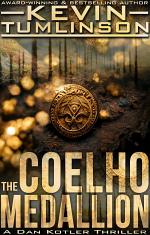 Authors: Kevin Tumlinson
Categories: Fiction
WINNER 2016 SHELF UNBOUND AWARD The adventure begins in the first Dan Kotler archaeological thriller! An ancient medallion is unearthed in Pueblo, Colorado, revealing a secret that will rewrite the history of North America—the Vikings somehow made it to the continent's interior, centuries before Columbus made landfall, and there they 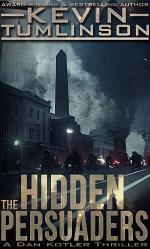 Authors: Kevin Tumlinson
Categories: Fiction
Fourteen members of Congress,abducted right from the Senate floor. For centuries the Jani have hidden among us, gathering artifacts of great historical significance, accumulating power, infiltrating the highest offices of governments around the world. The Jani have influenced history for nearly two millennia. Within the Order, a new faction arises: 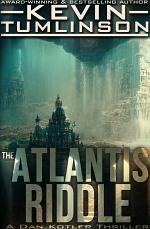 Authors: Kevin Tumlinson
Categories: Fiction
DAN KOTLER IS BACK, AND THIS TIME HE’S TACKLING ONE OF THE OLDEST MYSTERIES IN HISTORY The second Dan Kotler archaeological thriller! 1914—Thomas Edison stands and watches his West Orange laboratory burn to the ground, taking his life’s work with it. And he smiles. In his pocket is a stone 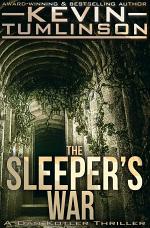 Authors: Kevin Tumlinson
Categories: Fiction
An ancient drug will determine humanity's future Makry ypno—Long Sleep. Lost in the darkness of history for millennia, referenced only in obscure Greek medical texts, this strange plant holds the key to allowing humanity to survive global threats by escaping to the stars. That is, if a team of mercenaries 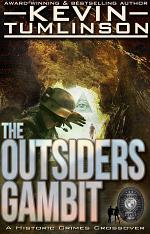 Authors: Kevin Tumlinson
Categories: Fiction
ANCIENT SECRETS THREATEN THE MODERN WORLD, AND THE HISTORIC CRIMES UNIT IS OUR ONLY HOPE When Dr. Dan Kotler—Archaeologist and FBI Consultant—gets an invitation to explore the Huashan mystery caves, located in China’s Anhui Province, it’s an offer too good to pass up. Especially since the lead on the project