Rich with historical and cultural value, these works are published unaltered from the original University of Minnesota Press editions.

The Art of Eastern India, 300–800 was first published in 1980. Minnesota Archive Editions uses digital technology to make long-unavailable books once again accessible, and are published unaltered from the original University of Minnesota Press editions. Though scholars have extensive knowledge of the art that flourished during Pala rule in Eastern India (ca. 800-1200), little is known about Eastern Indian art during the preceding 500 years. This half-millennium includes the period of the Gupta dynasty and the two centuries that bridge Gupta and Pala rule, when no single dynasty long maintained control of Eastern India. In this study, Frederick M. Asher challenges arthistorical assumptions about Pala art — that it is a new school virtually without links to earlier art 00 by demonstrating that sculpture during the Gupta period and the subsequent three centuries evolved along lines that connect it with Pala art. In so doing, he draws attention to important sculptures, most of them never previously studied, that tell us not only about an unexplored period in Indian art but also about broader aspects of the cultural history and geography of Eastern India. Asher's work is based on field research in Bihar, West Bengal, and Bangladesh. There he gave special attention to the sites of once-flourishing Buddhist monasteries and to Hindu images still worshipped in village India. The author's photographs of the bronze, terra cotta, and stone sculptures, and his detailed text, provide a virtual catalogue raisonne of the known works of the period. Asher's analyses of the images and his attributions of dates to them are based upon close attention to artistic style and iconography, and the study of dynastic and social history, contemporary travelers' reports, and religious history. Drawing together these diverse strands of information, he describes the evolution of art forms over a long period in which there was little apparent historic unity. John M. Rosenfield, professor of art history at Harvard University and author of The Art of the Kushans, says, of The Art of Eastern India,"The scholarship is scrupulously detailed and careful . . . [The book] is in the finest tradition of classical scholarship, and will be consulted or several generations."

Authors: Frederick M. Asher
Categories: Art
The Art of Eastern India, 300–800 was first published in 1980. Minnesota Archive Editions uses digital technology to make long-unavailable books once again accessible, and are published unaltered from the original University of Minnesota Press editions. Though scholars have extensive knowledge of the art that flourished during Pala rule in 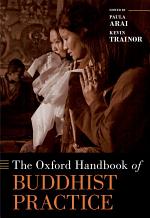 The Oxford Handbook of Buddhist Practice

Authors: Kevin Trainor, Paula Arai
Categories: Buddhism
"This Handbook provides a state-of-the-art exploration of several key dynamics in current studies of the Buddhist tradition with a focus on practice. Embodiment, materiality, emotion, and gender shape the way most Buddhists engage with their traditions, in contrast to popular representations of Buddhism as spiritual, disembodied, and largely devoid of 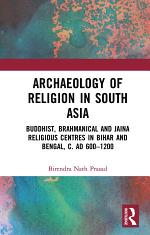 Archaeology of Religion in South Asia

Authors: Birendra Nath Prasad
Categories: Religion
In the religious landscape of early medieval (c. AD 600-1200) Bihar and Bengal, poly-religiosity was generally the norm than an exception, which entailed the evolution of complex patterns of inter-religious equations. Buddhism, Brahmanism and Jainism not only coexisted but also competed for social patronage, forcing them to enter into complex 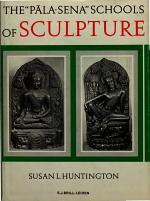 The "Påala-Sena" Schools of Sculpture 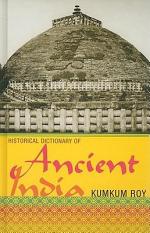 Authors: Kumkum Roy
Categories: History
India's history and culture is ancient and dynamic, spanning back to the beginning of human civilization. Beginning with a mysterious culture along the Indus River and in farming communities in the southern lands of India, the history of India is punctuated by constant integration with migrating peoples and with the