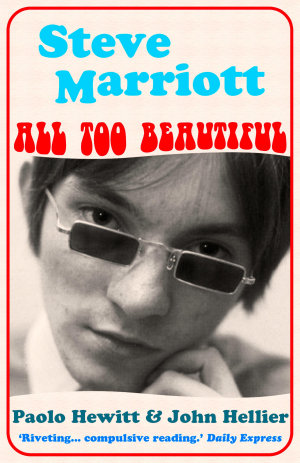 Steve Marriott was one of the music world's most extraordinary individuals, A supremely gifted songwriter, singer and ... schemer. A vocalist from the same mould as Rod Stewart, Eric Burdon and Steve Winwood ... but arguably the greatest white soul singer of them all. Marriott never held back from anything, least of all his music, his vocals always possessed an intensity, clarity and maturity that at the time were unmatched by any other singer. His band The Small Faces were the first to be banned from Top of The Pops and were deported from Australia at gunpoint. Steve's next group Humble Pie ruled the stadiums of America but the money earned was diverted by mafia associates and he returned to the UK broke and on the run from the Taxman. In later life he struggled with schizophrenia but always continued playing - blistering gigs in front of small audiences in the pubs and clubs around London. Recently reunited with his old Humble Pie sparring partner Peter Frampton, he was on the verge of a comeback when he was tragically killed in a housefire, aged 44-years-old. A huge influence on a new generation of musicians from Paul Weller to Noel Gallagher, due to his death, Marriott has perhaps not been granted the status in Rock 'n' Roll's pantheon that he deserved. A major reassessment is long overdue. Marriott was simply one of the greatest rock stars of all time. “An exhaustive account of the East End musical maverick, it spans his beginnings as a child prodigy, his memorable work with arch top Mods the Small Faces, and all the way through to his later work with Humble Pie, his subsequent solo career and untimely death in 1991.” Gary Crowley “A riveting account of the singer’s life, crammed with entertaining stories of rebellion and debauchery and insightful historical background... Compulsive reading.” The Daily Express “One of the best books I’ve read about the backwaters of rock music.” The Daily Mail “A wonderfully researched, eminently readable appreciation of the creative force behind the Small Faces and Humble Pie, who created some of the finest pop, rock ’n’ boogie music of his generation.” ***** Classic Rock “All Too Beautiful traces Marriott’s mercurial career from his upbringing in postwar, bomb-damaged London to his cocaine-ravaged demise in a fire at his Essex home in 1991, aged 44. Revealing... sympathetic, long overdue.” **** Uncut “Ultimately, this is a complex story of extraordinary talent, missed chances, exotic highs and frightening lows... This comprehensive biography of Steve Marriott is as close as we’re going to get to extracting the truth about Britain’s finest white-soul exponent.” ***** Record Collector “Compelling reading.” **** Mojo 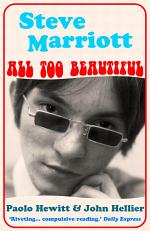 Authors: Paolo Hewitt
Categories: Music
Steve Marriott was one of the music world's most extraordinary individuals, A supremely gifted songwriter, singer and ... schemer. A vocalist from the same mould as Rod Stewart, Eric Burdon and Steve Winwood ... but arguably the greatest white soul singer of them all. Marriott never held back from anything,

Authors: Simon Spence
Categories: Music
***Authorised by the Marriott family*** Steve Marriott, lead singer of the Small Faces and Humble Pie, had a voice coveted by Bob Dylan, Robert Plant, Roger Daltrey and David Bowie, amongst many others. All or Nothing, Simon Spence's oral history biography, is drawn from over 125 interviews with those who 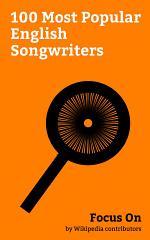 Focus On: 100 Most Popular English Songwriters 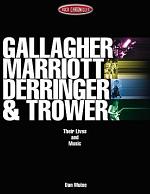 Authors: Paolo Hewitt, John Hellier
Categories: Biography & Autobiography
Steve Marriott should, without doubt, be remembered as Britain's -nay, the worlds greatest white soul singer. He was also one of the last great characters of the music industry -- the sharp-dressed charming cockney who would have a joke for every occasion, a put-down for every rival. As a rebellious