martha.nagbe: I'm from ghana but I'm a liberian I came to australia in 2005 august 15 and I live in austraila for one year and one week and day . I love australia for so many reason but I love my communlity so mcuh .liberia mother land ... 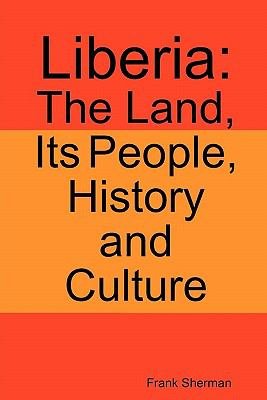 This work is a general introduction to Liberia. It is comprehensive in scope covering a wide range of subjects from a historical and contemporary perspective. It is intended for members of the general public. But some members of the academic community may also find this work to be useful in their fields. Subjects covered include an overview of the country and its geography including all the regions - known as counties - and the different ethnic groups who live there. The work is also a historical study of Liberia since the founding of the country by freed black American slaves. One of the subjects covered in the book is the conflicts - including wars - the new black American settlers had with the indigenous people. The freed slaves who, together with their descendants, came to be known as Americo-Liberians, dominated the country and excluded the indigenous people from the government and other areas of national life for almost 160 years until the Americo-Liberian rulers were overthrown in a military coup in 1980. It was one of the bloodiest military coups in modern African history. The soldiers who overthrew the government were members of native tribes and were hailed as liberators by the indigenous people who had been dominated and had suffered discrimination at the hands of Americo-Liberians throughout the nation's history. Some of them were even sold into slavery in Panama by the Americo-Liberian rulers in the 1930s, prompting an investigation of the labour scandal by the League of Nations. Others were forced to work on various projects within Liberia itself and became virtual slaves in their own country. Americo-Liberians saw the natives as inferior to them and treated them that way. The mistreatment of the members of native tribes by the Americo-Liberians was one of the main reasons native soldiers of the Liberian army decided to overthrow the government. The book also covers the Liberian civil war which destroyed the country in the 1990s and early 2000s, a conflict which also had historical roots. The conflict is attributed to the inequalities between Americo-Liberians and the indigenous people which existed throughout the nation's history. But its immediate cause was the brutalities Liberians suffered under the military rulers who overthrew the Americo-Liberian-dominated government. Another major subject covered in the book is the ethnic composition of Liberia. The work looks at all the ethnic groups in the country and their home regions - counties - as well as their cultures, providing a comprehensive picture of life in contemporary times in Africa's oldest republic. The national culture of Liberia in general is also another subject addressed in the book. The author has also addressed another very important subject: indigenous forms of writing invented by the members of different tribes or ethnic groups in Liberia. The indigenous scripts are a major contribution to civilisation and Liberia stands out among all the countries on the African continent as the country which has the largest number of these forms of writing. People going to Liberia for the first time, and anybody else who wants to learn about this African country, may find this work to be useful. 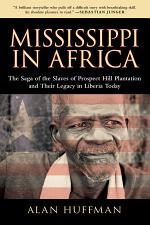 Authors: Alan Huffman
Categories: History
When wealthy Mississippi cotton planter Isaac Ross died in 1836, his will decreed that his plantation, Prospect Hill, should be liquidated and the proceeds from the sale be used to pay for his slaves’ passage to the newly established colony of Liberia in western Africa. Ross’s heirs contested the will
Language: en
Pages: 28 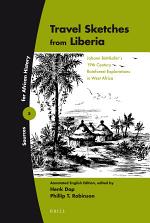 Authors: Henk Dop, Phillip Robinson
Categories: History
Büttikofer’s Travel Sketches from Liberia details the development of the Liberian nation and the intricate, often volatile, relationships between the country’s indigenous peoples and its black colonists from America. In remarkable detail, it provides vivid images of the country's past. 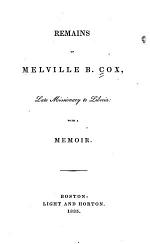 Remains of Melville B. Cox, Late Missionary to Liberia